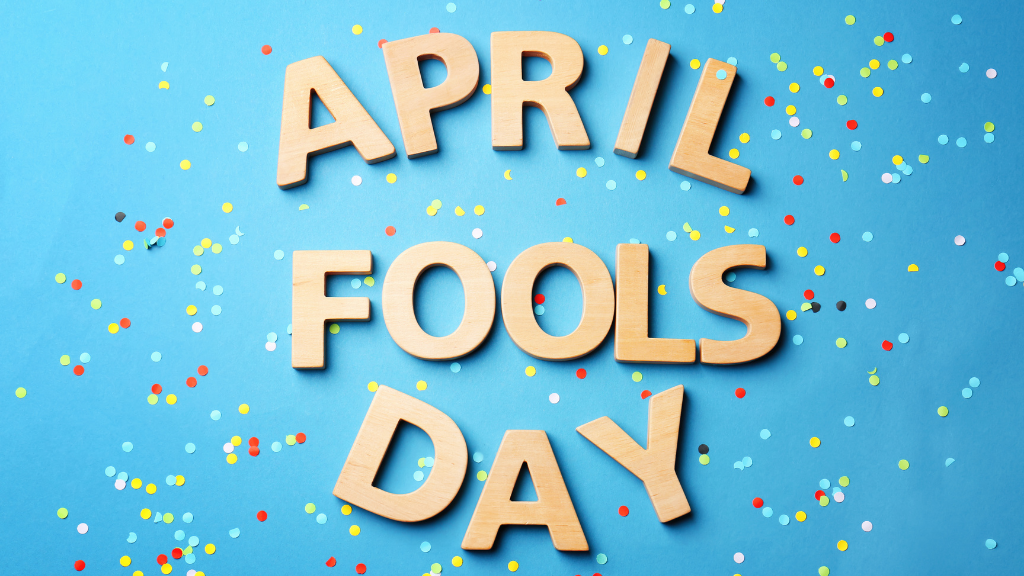 Although April Fools’ Day, also referred to as All Fools’ Day, has been celebrated for several centuries by different cultures its exact origins remain a mystery to this very day.

It has been speculated by a few historians that this day dates back to 1582. This year was when France switched from the Julian calendar to the Gregorian calendar, as called for by the Council of Trent in 1563.

People who were behind in the latest news failed to notice that the start of the new year had moved to January 1. So, they continued to celebrate the new year during the last week of March into April 1. These people became the punch line of many jokes.

These pranks included having paper fish placed on their backs and being referred to as “poisson d’avril” or as you’d more likely recognize as the April Fish. This is said to symbolize a young, naive, gullible, easily caught fish.

Historians have also linked April Fools’ Day to festivals like Hilaria. This festival was celebrated in ancient Rome at the end of March and involved people dressing up in customs and disguises.

The Progression of this Popular Holiday

April Fools’ Day picked up its popularity and spread throughout Britain during the 18th century. Traditions started solidifying themselves throughout the British Empire. For example, the Scottish tradition developed itself into a two-day event. Their tradition started with “hunting the gowk”. A gowk is a word for a cuckoo bird, a symbol for foolish people. These people, or gowks, were sent on phony errands. After the hunt was over Tailie Day would follow. Tailie Day involved pranks played on people’s derrieres, like pinning fake tails or “kick me” signs on them.

How We Celebrate Today

Nowadays, folks have gone to extreme lengths to create elaborate April Fools’ Day hoaxes. Newspapers, radio and TV stations, and Web sites have participated in the April 1 tradition of reporting outrageous fictional claims that have fooled their audiences.

In 1985, Sports Illustrated tricked many of its readers when it ran a made-up article about a rookie pitcher named Sidd Finch who could throw a fastball over 168 miles per hour. In 1996, Taco Bell, the fast-food restaurant chain, duped people when it announced it had agreed to purchase Philadelphia’s Liberty Bell and intended to rename it the Taco Liberty Bell. In 1998, after Burger King advertised a “Left-Handed Whopper,” scores of clueless customers requested the fake sandwich.

By no means has the challenge to truly trick your fellow human being lost its allure. As time passes, we continue to find new ways each year to dupe our co-workers, friends, and family. And the bigger the crowd the bigger the satisfaction.

* Specific loan program availability and requirements may vary. Please get in touch with the mortgage advisor for more information.

C2 Financial strives to ensure that its services are accessible to people with disabilities. C2 Financial has invested a significant amount of resources to help ensure that its website is made easier to use and more accessible for people with disabilities, with the strong belief that every person has the right to live with dignity, equality, comfort and independence.

C2 Financial makes available the UserWay Website Accessibility Widget that is powered by a dedicated accessibility server. The software allows danhunthomeloans.com to improve its compliance with the Web Content Accessibility Guidelines (WCAG 2.1).

C2 Financial continues its efforts to constantly improve the accessibility of its site and services in the belief that it is our collective moral obligation to allow seamless, accessible and unhindered use also for those of us with disabilities.

Despite our efforts to make all pages and content on C2 Financial website fully accessible, some content may not have yet been fully adapted to the strictest accessibility standards. This may be a result of not having found or identified the most appropriate technological solution.

If you are experiencing difficulty with any content on C2 Financial website or require assistance with any part of our site, please contact us during normal business hours as detailed below and we will be happy to assist.

If you wish to report an accessibility issue, have any questions or need assistance, please contact us by sending an email to: dan@hunthomeloans.net

This site uses cookies to process your loan application and other features. You may elect not to accept cookies which will keep you from submitting a loan application. By your clicked consent/acceptance you acknowledge and allow the use of cookies. By clicking I Accept you acknowledge you have read and understand C2 Financial's Privacy Policy.