What is Telephone Phobia and How Do You Heal From It? 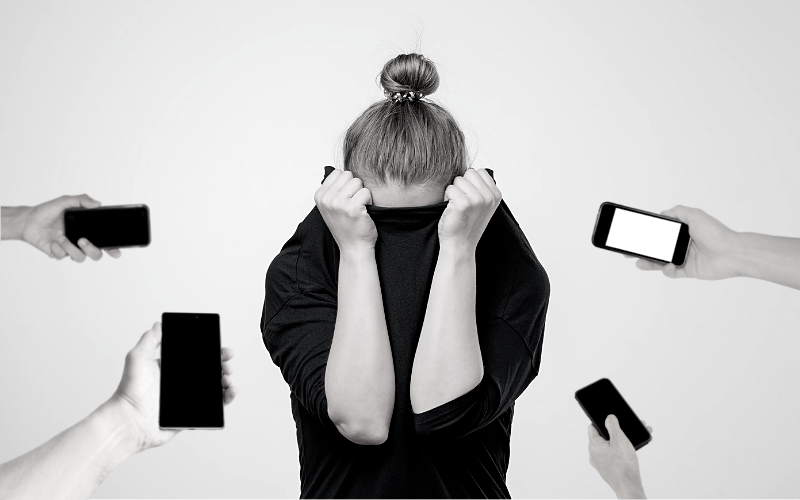 Have you ever noticed that some people prefer to text more than talk on the phone? People who frantically avoid telephone calls may suffer from what is known as telephone phobia.

This psychological condition stems from performance anxiety, stress avoidance and varies greatly in terms of severity. Some people may avoid making calls as much as possible, while others may completely abandon the use of a phone altogether.

This can be extremely stressful for people trying to do business with those that suffer from this, but the best way you can help your communication situation with these people in business is to understand them and what it is they are acutally dealing with.

So, what is telephone phobia and what can be done to heal from it?

What is Telephone Phobia?

Telephone phobia goes by other names such as phone phobia, telephobia, and telephonophobia. All these terms refer to the irrational fear or discomfort of speaking over the phone. Psychologists believe that this condition is related to social anxiety, which causes a person to avoid situations where they will need to perform an action. Making a call is essentially a performance and some people dread making a mistake, freezing up, being ridiculed, and/or not being able to perform in front of an audience. Therefore, telephone phobia is often classified as a type of performance anxiety, closely related to social anxiety.

People with telephone phobia often experience guilt, shame, and extreme sadness over their inability to do something that is so natural for others. To cope with their condition, they often:

Telephone phobia may be a symptom of different psychological disorders such as performance anxiety, post-traumatic stress disorder, mood disorders, and personality disorders.

Performance anxiety is a psychological condition in which a person dreads a certain act because they fear they will do it wrong, or that they will freeze up and be rejected. Some examples include stage fright, the inability to use a public washroom, and making a phone call. Jean Kim, M.D., a psychiatrist based in Washington D.C., describes phone phobia as a manifestation of social phobia (also known as the social anxiety disorder). People who avoid phone calls because of performance anxiety do it because they fear negative evaluation of how they talk over the phone and ultimately fear being rejected.

While performance anxiety is the most common reason for telephone phobia, some people may also develop an irrational fear of telephones because of post-traumatic stress disorder (PTSD). PTSD causes the suffering to avoid triggering situations and events, which bring back memories of past trauma. For example, people who have been stalked and harassed over telephones in their past may begin to fear all telephone calls irrationally. They may experience flashbacks of bad experiences on the telephone. To avoid reliving these traumatic experiences, they may avoid the telephone altogether. Many people, including Juliana, have developed PTSD and telephone avoidance as a result of a traumatic experience.

Mood Disorders Such as Depression

Major depressive disorder is a serious psychological condition that makes a person experience extreme sadness, guilt, fatigue, and sometimes, suicidal tendencies. Social withdrawal is a symptom of depression, and depressed people may not feel like talking to anyone, over the phone or otherwise. When someone is depressed, everything feels like an effort, and speaking over the phone can seem like a laborious task. A closely related condition is grief, which may cause a person to avoid conversations as well. When grief and depression last for long periods of time, a person may avoid speaking over the telephone completely.

Sometimes, the reason why people avoid telephones may have a much simpler explanation. They may simple detest the idea of having to speak to another person and may crave privacy. They may be introverts who prefer to use text messaging or email, as these tools give them more control over how they manage a conversation, while they can remain safe in their comfort zone. Many other people dislike the idea of speaking over the phone because they find it intrusive, whereas texting is seen as a less intrusive communication form. Some people may simply prefer texting to speak over the phone, just like some people prefer dark chocolate to milk chocolate.

How to Overcome Phone Phobia

There are several techniques to overcome telephone phobia. As the condition has psychological roots, seeking mental health care is often advised. Clinical psychologists will use the following three treatments to address telephone phobia and associated conditions.

As telephone phobia can be a specific phobia, psychologists often advise systematic desensitization. This is an evidence-based therapy used in treating specific phobias such as telephone phobia. This therapy involves making a hierarchy of fear-inducing situations and gradually exposing oneself to those situations until one no longer feels threatened or anxious. When the patient’s perception of fear or anxiety becomes unbearable during the therapy, they are asked to relax using specific techniques. The relaxation technique that is most commonly used during systematic desensitization is called deep muscle relaxation, similar to Jacobson’s progressive muscular relaxation (JPMR). This involves clenching and relaxing each muscle in your body, over many sessions.

The psychologist draws a hierarchy of anxiety-provoking situations, (hearing the phone ring, having to touch the phone to pick up, picking up the phone, speaking over the phone, sustaining a conversion, etc.). Starting from the least anxiety-provoking situation, the patient is asked to either imagine (in vitro exposure) or actually expose themselves to the stimuli with the therapist’s help (in vivo exposure). Each time the patient’s anxiety gets bad during in vivo or in vitro exposures, the patient is asked to start doing the relaxation to desensitize the fear.

This graded exposure is believed to desensitize an individual from feeling fearful of a stimulus and ultimately stop fearing the stimulus altogether. The same technique is used for the fear of receiving calls too in reverse, all under the watchful eyes of psychology.

Telephone phobia is not always specific and is related to multiple psychological conditions that are deep-rooted. These conditions are best treated by a psychologist who specializes in cognitive behavior therapy (CBT). CBT helps the patient to change dysfunctional thinking, irrational beliefs, and modify behavior to one’s advantage.

A person with telephone phobia may restructure their thoughts and how they respond to their fears, through the assistance of a psychologist. They may also carry out behavioral exercises to desensitize the fear of using phones.

Certainly, telephone phobia is a real condition and causes immense anguish and distress to its victims. It causes missed job opportunities, lost incomes and friendships, reduced quality of life, and other difficulties. The sooner an individual addresses telephone phobia and its related psychological conditions, the better it is for the individual. It is well-known among mental health professionals that when an individual treats a particular problematic behavior, other psychological conditions may see improvement too. You can find a therapist or psychologist near you on this website.

* Specific loan program availability and requirements may vary. Please get in touch with the mortgage advisor for more information.

C2 Financial strives to ensure that its services are accessible to people with disabilities. C2 Financial has invested a significant amount of resources to help ensure that its website is made easier to use and more accessible for people with disabilities, with the strong belief that every person has the right to live with dignity, equality, comfort and independence.

C2 Financial makes available the UserWay Website Accessibility Widget that is powered by a dedicated accessibility server. The software allows danhunthomeloans.com to improve its compliance with the Web Content Accessibility Guidelines (WCAG 2.1).

C2 Financial continues its efforts to constantly improve the accessibility of its site and services in the belief that it is our collective moral obligation to allow seamless, accessible and unhindered use also for those of us with disabilities.

Despite our efforts to make all pages and content on C2 Financial website fully accessible, some content may not have yet been fully adapted to the strictest accessibility standards. This may be a result of not having found or identified the most appropriate technological solution.

If you are experiencing difficulty with any content on C2 Financial website or require assistance with any part of our site, please contact us during normal business hours as detailed below and we will be happy to assist.

If you wish to report an accessibility issue, have any questions or need assistance, please contact us by sending an email to: dan@hunthomeloans.net

This site uses cookies to process your loan application and other features. You may elect not to accept cookies which will keep you from submitting a loan application. By your clicked consent/acceptance you acknowledge and allow the use of cookies. By clicking I Accept you acknowledge you have read and understand C2 Financial's Privacy Policy.